When Primo Levi died in 1987 at age 67, after falling down the stairwell of his apartment building in Turin, Italy, his fellow writer and survivor Elie Wiesel delivered an epigrammatic coroner’s report: “Primo Levi died at Auschwitz forty years later.”

The long-delayed suicide of the Holocaust survivor is a story whose outlines we know too well. Jean Amery, who survived Gestapo torture and Auschwitz, took an overdose of sleeping pills in 1978; Paul Celan, who spent the war in a slave labor camp in Romania and saw his parents murdered, drowned himself in the Seine in 1970; Jerzy Kosiński, who survived in hiding during the Nazi occupation of Poland, asphyxiated himself in a bathtub in 1991. By jumping from a third-story landing, Levi seemed to be delivering the same message: he had borne the burden of an intolerable experience as long as he could, until his strength gave out and he had to let it drop.

But there was a crucial difference between Levi and these other writers of the Holocaust—a difference that shines out from every page of his Complete Works, now published for the first time in English in a beautiful three-volume edition edited by Ann Goldstein.

The Complete Works includes Levi’s many gracefully satirical science-fiction stories set in the near future, stories in which our peaceful modern technological culture treats human beings as things, as objects that perform functions — and can therefore be replaced by machines. A poet buys a labor-saving mechanical versifier; a three-dimensional copier produces an exact duplicate of someone’s wife or husband, complete with personality and memories. The unspoken point is that it is not only Nazi murderers who forget what it means to be human.

The most pressing question, however, is not why Levi committed suicide but whether he committed it at all. The evidence, as we shall see, is not watertight. As far as we know, there is no direct proof that Levi committed suicide—no witnesses, no note, no direct physical evidence. And this would not be the first time that a police inquiry reached a conclusion without an in-depth investigation. Levi’s biographers, Myriam Anyssimov and Ian Thomson, believe he committed suicide. But neither has any compelling evidence. Indeed, the possibility of an accident was never seriously examined.

Primo Levi’s lifelong friend, Nobel laureate Rita Levi Montalcini, cast the first doubts on the suicide a few days after the event. If Levi wanted to kill himself, he, a chemical engineer by profession, would have known better ways than jumping into a narrow stairwell with the risk of remaining paralyzed. “Did anyone see him jump over that banister?” she asked rhetorically. “Did anyone find a piece of paper announcing his intention to end his life? Suicide is a far too quick conclusion.” She expressed what probably many others, myself included, silently suspected.

Ferdinando Camon, who endorsed the suicide explanation at first but later changed his mind, received a letter from Levi three days after his death. Shaken, Camon thought: “Now he explains to me why he is about to commit suicide.” What he read instead was “a letter full of vitality, of expectations and projects. He feared Gallimard had lost the copy of The Drowned and the Saved and wanted to send another. He asked me to send him the article in Libération“—which Camon had written to encourage the publication of Levi’s work in French—”as soon as it was out.” Levi wrote this letter three days before his death. Recently Camon said that Levi posted it that very Saturday morning during a walk he took before his fatal fall. Understandably, Camon cannot square this act with a suicide.

Primo Levi did not consider it heroic to have survived eleven months in Auschwitz. Like other witnesses of the concentration camps, he lamented that the best had perished and the worst had survived. But we who have survived relatively little find it hard to believe him. How could it be anything but heroic to have entered Hell and not been swallowed up? To have witnessed it with such delicate lucidity, such reserves of irony and even equanimity? Our incomprehension and our admiration combine to simplify the writer into a needily sincere amalgam: hero, saint, witness, redeemer.

Thus his account of life in Auschwitz, If This Is a Man (1947), whose title is deliberately tentative and tremulous, was re-wrapped, by his American publisher, in the heartier, how-to-ish banner Survival in Auschwitz: The Nazi Assault on Humanity. That edition praises the text as “a lasting testament to the indestructibility of the human spirit,” though Levi often emphasized how quickly and efficiently the camps could destroy the human spirit.

The publication of The Complete Works of Primo Levi represents a monumental and noble endeavor on the part of its publisher, its general editor, Ann Goldstein, and the many translators who have produced new versions of Levi’s work. Although his best-known work has already benefited from fine English translation, it’s a gift to have nearly all his writing gathered together, along with work that has not before been published in English.

The article was extracted from the following sources: 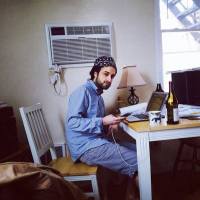