“Haydn’s piano music is often complicated and formally wayward: its beauties do not, on the whole, lie on the surface. It is music whose appeal is primarily intellectual, requiring both thought and explanation.”  (H.C. Robbins Landon)

Haydn composed the Variations in F minor, Hob.XVII:6 in Vienna in 1793 for the talented pianist Barbara (‘Babette’) von Ployer, for whom Mozart had written the concertos K449 and K453. This profoundly felt music vies with the Andante of the ‘Drumroll’ Symphony as Haydn’s greatest set of alternating minor–major variations. After the stoic melancholy of the F minor opening, with its gently insistent dotted rhythms, the ornate F major theme exudes a kind of whimsical, abstracted playfulness. Haydn originally ended with the second F major variation and a few bars of coda. He subsequently appended a reprise of the F minor theme and a long, disturbingly chromatic coda that draws unsuspected force from the pervasive dotted rhythms before dissolving in a feverish swirl of arpeggios. After a measure of equilibrium is restored, the dotted rhythms toll deep in the bass, like a funeral knell. Haydn was the least confessional of composers. But it is not far-fetched to suggest, as several commentators have done, that the tragic intensity of the coda may have been prompted by the sudden death of Maria Anna von Genzinger, at the age of forty-two, on 26 January 1793.

The work had to wait until 1799 for its publication in print by Artaria, Vienna.

The autograph consists of two separate sections. The first section, an eight-page fair copy bearing the title Sonata, contains measures 1 to 145, which conclude with five coda measures in the major. In this form the movement had probably been conceived as the beginning of a sonata in several movements.

Haydn expanded the work by adding on the minor theme again and elaborating it into a large-scale capriccio coda (M. 146 ff.). This extension comprises the second section of the autograph, a four-page working score. Even the very first copies contain both sections of the work, including the five-measure major-key coda after M. 145 and the heading Sonata.  Neither was deleted from the autograph, even though they are clearly misplaced in the final form of the work. It was not until the first edition that the five major-mode measures were deleted on the basis of a subsequent clarification marked by Haydn in the autograph, and the piece was given the title Variations, presumably by the publisher Artaria.

The Sonata ‘Un piccolo divertimento’ is one of Haydn’s most recorded works, with dozens of recordings available.  Most are on the modern piano, with some outstanding examples such as Mikhail Pletnev and Regina Schirmer.  There are fewer period recordings, but enough to find several excellent performances on an instrument Haydn might have used.   The one that is of most interest to me is by Paul Badura-Skoda (fortepiano Johann Schantz Vienna ca. 1790).  I haven’t actually heard it, but Badura-Skoda is usually an expert hand with this repertoire.  Other recordings that I have heard include those by Ronald Brautigam, Gary Cooper, Christine Schornsheim and Andreas Staier.  All of these well worth hearing and owning.

This one is by Andras Schiff, not a period instrument recording, but an excellent example of the work, nonetheless. 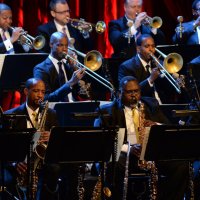