“The eminent guitarist Bill Frisell improvises in smoky ringlets of melody, drawing the influence of classic jazz guitar into a palette based on early American folk music. He has been a noted bandleader since the 1980s, but has never released an album for Blue Note Records, jazz’s most illustrious label. That will change with “Harmony,” which finds Frisell playing eight smoldering original compositions and a few covers alongside the vocalist Petra Haden, the cellist Hank Roberts and the guitarist and bassist Luke Bergman.” New York Times

Guitarist-composer Bill Frisell has chosen to primarily emphasize the Americana side of his music for his debut as a leader for Blue Note Records. When Frisell organized his new band with vocalist Petra Haden, cellist Hank Roberts and guitarist-bassist Luke Bergman he was struck by the fact that all of the band members but him sang, so their vocal blend became the group’s signature sound as well as the inspiration for the name Harmony.  (All About Jazz, Mark Sullivan, September 27, 2019)

Throughout the album, Haden’s ethereal lead vocals and the trio’s quietly powerful harmonies bring new dimensions to Frisell’s music, magnifying the pensive beauty and perpetual patience that mark his guitar playing. Originally commissioned by the FreshGrass Foundation (an organization dedicated to the vitality of contemporary American roots music) and performed at FreshGrass West! in San Francisco during November 2016, Harmony features eight compositions by Frisell, some from his existing catalog and some brand new: “There In A Dream” by the late bassist Charlie Haden (who had deep musical and personal ties to Frisell), Billy Strayhorn’s “Lush Life,” Lerner & Loewe’s “On The Street Where You Live,” Pete Seeger’s “Where Have All The Flowers Gone,” Stephen Foster’s “Hard Times” and the traditional “Red River Valley.” (DownBeat, Ed Enright, October 2019)

Frisell’s guitar tones are effortless in creating this complex, nimble emotional timbre. Haden is almost always able to match this timbre — good examples are “Red River Valley” and “Hard Times” which rely upon her vocal performance the most.  While they fit Harmony’s mood, their effort to evoke is felt more readily and plainly than the one’s led by Frisell’s guitar. (EXCLAIM! Josiah Nelson, October 2, 2019) 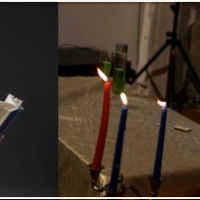