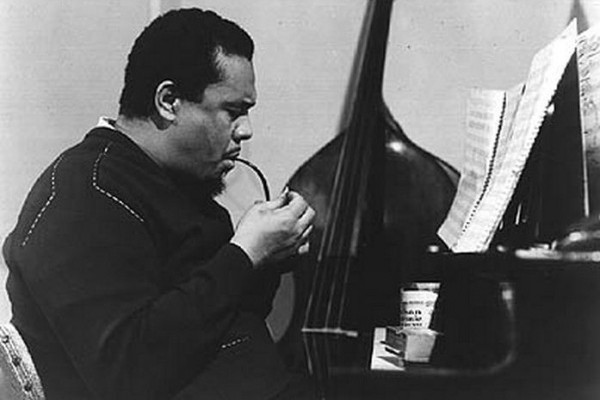 When Sy Johnson, a jazz pianist and arranger, used to visit Charles Mingus at his apartment in the East Village in the 1960s, there was always a pot of soup on the stove, and Mingus—a gourmand who once interrupted a concert to eat a steak dinner on the bandstand—was constantly tasting it. “He would say—‘Needs another carrot.’” He would chop another carrot and taste it again, only to decide it needed an onion. The pot might simmer for a month before Mingus was satisfied with the seasoning. As Johnson tells John Goodman in Mingus Speaks, a book of interviews with Mingus and friends conducted in the early 1970s, Mingus’s music was a lot like his soup: a “huge cauldron of sounds” that was “always in a state of becoming something.”[i]

Charles Mingus’s audiences never knew quite what they were going to get, and this kept them coming. Mingus, the bassist, composer, and bandleader who reached the height of his fame in the mid-1960s, was notoriously mercurial. He was known to fire and rehire band members over the course of a set, and was once fired himself for chasing a trombonist across the stage with an axe. His reactions to noisy crowds ranged from announcing, “Isaac Stern doesn’t have to put up with this shit,” to ordering his band to read books onstage. His music, which drew omnivorously on the blues, gospel, Dixieland, Duke Ellington, bebop, and classical music, among much else, was similarly unpredictable. It blurred the boundaries between improvisation and composition, often ignoring standard form, and was famous for its rapid shifts in mood and tempo.[ii]

Mingus composed—as he did most things—his own way. He was well versed in theory and composition, yet he used notation sparingly, working out ideas at the piano and playing or singing them to his musicians, who would learn their parts by ear, a few bars at a time. He sketched out just enough to give each band member a sense of what he was meant to do, often providing pedal points or snatches of scales, or even simply suggesting moods. The reed player Yusef Lateef recalled his own experience learning Mingus music: “On one composition I had a solo and, as opposed to having chord symbols for me to improvise against, he had drawn a picture of a coffin. And that was the substance upon which I was to improvise.” 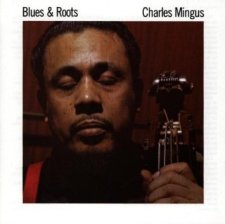 In a recent interview, Charles McPherson, who played alto with Mingus for twelve years, said that Mingus was “painfully honest…he didn’t edit anything. Whatever he thought, he said.” Much the same could be said for his music, which can, at times, seem meandering, long-winded, and eccentric. When he is at his best—as he is in some of the Mosaic recordings—he lays his influences out for all to see, drawing elements from disparate and seemingly contradictory traditions, and from them makes music that manages to be both novel and idiosyncratic without being self-indulgent, deeply aware of what came before it without being derivative.

In 1959, the year Coleman announced The Shape of Jazz to Come, Mingus called one of his records Blues & Roots: black music, as he saw it, was a continuum, a bottomless source of renewal; you couldn’t move into the future without a thorough knowledge of the past. “Those eras in the history of jazz, like Dixieland,” he told Goodman, “are the same and as important as classical music styles are.” Gospel and blues, the New Orleans polyphony of Jelly Roll Morton and the urbane sophistication of the Duke Ellington Orchestra, the stride piano of James P. Johnson and the dazzling harmonizations of Art Tatum: all went into the Mingus cauldron.[iii] 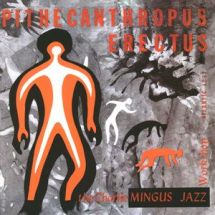 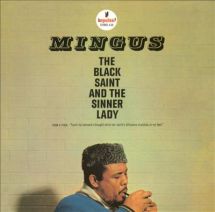 By 1956, with the release of Pithecanthropus Erectus (Atlantic), Mingus had clearly found himself as a composer and leader, creating pulsating, ever-shifting compendiums of jazz’s past and present, feeling his way into the free jazz of the future. For the next decade, he would pour forth an extraordinary body of work for several labels, including key albums like The Clown, New Tijuana Moods, Mingus Ah Um, Blues and Roots and Oh Yeah; standards like “Goodbye Pork Pie Hat,” “Better Git It in Your Soul,” “Haitian Fight Song” and “Wednesday Night Prayer Meeting,” and extended works like “Meditations on Integration and Epitaph”. Through ensembles ranging in size from a quartet to an 11-piece big band, a procession of noted sidemen like Eric Dolphy, Jackie McLean, J.R. Monterose, Jimmy Knepper, Roland Kirk, Booker Ervin, and John Handy would pass, with Mingus’ commanding bass and volatile personality pushing his musicians further than some of them might have liked to go. The groups with the great Dolphy (heard live on Mingus at Antibes) in the early ’60s might have been his most dynamic, and The Black Saint and the Sinner Lady (1963), an extended ballet for big band that captures the anguished/joyful split Mingus personality in full, passionately wild cry — may be his masterpiece.[iv]

Mingus (1922-1979) would have turned ninety in 2012, and in celebration, Mosaic released The Jazz Workshop Concerts: 1964-1965, a box set with rare and previously unreleased performances by some of Mingus’s greatest ensembles. These concerts, recorded near the apex of Mingus’s career, are visceral and often unvarnished. At times, the music here can be forbidding—several tracks run beyond thirty minutes—and though it may not be as uniformly polished as some of his studio albums, at its best this set captures an element of shock and surprise that Mingus’s studio recordings sometimes don’t.

“Mingus music,” as he called it, was so complex and so much an extension of his own personality that it was largely played only by his own group, the Jazz Workshop. Turnover in the Workshop was high, partly because he couldn’t afford to pay his musicians very well, partly because the experience was so grueling (members called it the Jazz Sweatshop), and partly because so many of them, after sharpening their skills with Mingus, went on to lead their own bands (Gary Giddins once called it the Harvard University of Jazz).[v]

With this Mosaic seven-disc set, we get a virtual passel of unreleased live music. The famed Town Hall concert from ’64, which previously existed in truncated, 47-minute form, has now been fleshed out to two full discs. Beyond the souped-up fidelity (this is jazz that profits by volume), there’s the seemingly telepathic interplay of one of the medium’s top small groups as they wax what could well be their most diverse, passionate and polished set. For all of the lineup’s myriad strengths—from Eric Dolphy’s multidimensionality to Johnny Coles’ tart trumpet breaks to Jaki Byard’s pianistic finesse—this classic sextet could get a bit rangy, as a host of bootleg recordings attest, but here they’re both rapacious and in complete control. Byard may well be the concert’s hero, in his unassuming way. The opening “A.T.F.W.”—an acronym for Art Tatum and Fats Waller—moves from ragtime territory to various stride maneuvers, with virtuosic flourishes worthy of the two titular pianists and a few classically leaning touches of suggestive of Alexander Scriabin tossed in as well.[vi]

This set is not Mingus 101. If you don’t own staples such as Mingus Ah Um, Charles Mingus Presents Charles Mingus, and The Black Saint and the Sinner Lady, The Jazz Workshop Concerts will likely be too specific for your needs. But for listeners interested in taking a long, hard look at a prolific and tumultuous period in this great composer’s life, it’s well worth the plunge.

Hearing the ’64 sextet material found here, it’s hard not to focus on the tragedy of Dolphy’s impending demise. The multi-instrumental marvel was on an incredible roll that year, having found time to record his own magnum opus, Out to Lunch!, and appear on Point of Departure, a masterpiece by the enigmatic pianist Andrew Hill, amid his commitments to Mingus. But The Jazz Workshop Concerts affords the chance to reassess this lopsided view of the band. It was an incredibly deep group, with each of the other musicians providing a unique texture: the hard-bop brawn of tenor saxist Clifford Jordan, the gentle lyricism of trumpeter Johnny Coles, the prismatic, good-humored splendor of pianist Jaki Byard, the devilishly mutable pulse of drummer Dannie Richmond, and Mingus’s own nimble majesty on bass.[vii]