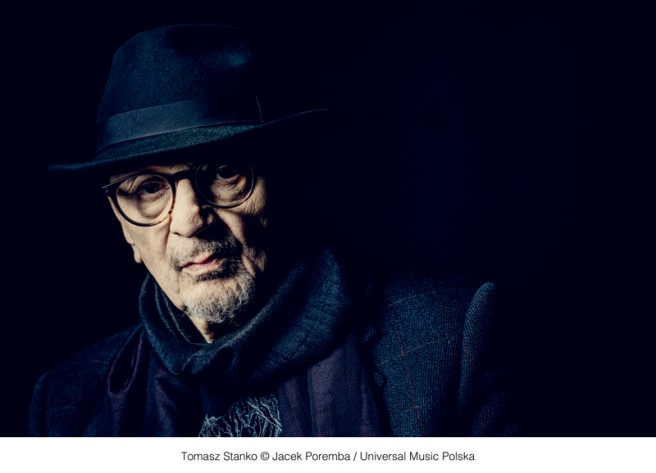 Tomasz Stańko is a Polish trumpeter, composer and improviser. Often recording for ECM Records, Stańko is strongly associated with free jazz and the avant-garde.

Coming to prominence in the early 1960s alongside pianist Adam Makowicz in the Jazz Darings, Stańko later collaborated with pianist Krzysztof Komeda, notably on Komeda’s pivotal 1966 album Astigmatic. In 1968, Stańko formed an acclaimed quintet that included Zbigniew Seifert on violin and alto saxophone, and in 1975 he formed the Tomasz Stańko-Adam Makowicz Unit.

Stańko has since established a reputation as a leading figure not only in Polish jazz, but on the world stage as well, working with many notable musicians, including Jack DeJohnette, Dave Holland, Reggie Workman, Rufus Reid, Lester Bowie, David Murray, Manu Katche and Chico Freeman. In 1984 he was a member of Cecil Taylor’s big band.

Since 1994 Stanko has been most often been seen in a quartet setting: one based in Europe made up of Polish musicians and more recently one working out of New York City.

The Tomasz Stanko Quartet’s current lineup debuted world-wide with Soul of Things (ECM, 2002). With his last few ECM albums, Tomasz Stanko has been on a roll, consistently producing jazz of the very highest standard. Albums such as Leonia, Litania and From the Green Hill were recorded with a variable cast, including such well-known names as Bobo Stenson, Tony Oxley, John Surman and Terje Rypdal. Here, by contrast, Stanko has decided to feature the young Polish rhythm section with whom he has played since 1994 – Marcin Wasilewski on piano, Slawomir Kurkiewicz on bass and Michal Miskiewicz on drums. The results are the equal of any of those earlier albums, maintaining their level of creativity and surpassing them in the beauty of the music. Even now, after eight years’ experience with Stanko, the band members are still only in their mid-twenties, but they play together with an ease and understanding of each other that make age irrelevant. They know Stanko’s music intimately (what Polish jazz musician doesn’t?) and their understated playing provides a sympathetic setting for him.

The Quartet’s next release, Suspended Night (ECM, 2004), retained similar longing and freely flowing groove and continued the rush of the Quartet’s successes all over the world.  The textures of most of the songs are so smooth and sparse the casual listener may never realize how Stanko is exploiting the space provided. He also does so in a way that even those normally put off by the chaos of free jazz are more apt to see his acoustic brushstrokes as rich and colorful elements of a master painting rather than random splatters of paint on canvas.

In the autumn 2005 the quarter cut its third album for ECM at its producer’s, Manfred Eicher’s studio of choice, La Buisonne near Marseilles. It was released in September 2006 year under the title of Lontano.  On Lontano, his quartet continues the ideas that have served him well-airy constructions, pensive arrangements and a relaxed approach.  A Polish jazz leader for three and a half decades, Stanko has left an impressive body of work in his wake.

Can a recording be appreciated or understood without knowing the full history of the performer?  The answer is, of course, yes and no. In this case, yes, the music on Lontano creates a coherent sound world, has an artistic point of view and many levels, and thus is well worth repeated listens. But no, you’ll be missing the full impact of the music made by these musicians if you haven’t heard the last two albums by this band, Soul Of Things (2001) and Suspended Night (2003), and much more if you haven’t heard the music Tomasz Stanko has made over the breadth of his career.

In 2013, on Wisława, he introduced his New York Quartet.  Over the past decade, bassist Thomas Morgan and drummer Gerald Cleaverhave shaped growing presences on the label, Morgan for his collaborations with guitarist John Abercrombie and pianist Masabumi Kikuchi, and Cleaver for his work with reed multi-instrumentalist Roscoe Mitchell, and bassist Miroslav Vitous and Michael Formanek.

Pianist David Virelles is the wildcard here, just as he is on saxophonist Chris Potter’s outstanding leader debut for the label, The Sirens (2013).

What makes Wislawa stand out amongst Stańko’s consistently impressive ECM discography is that the trumpeter seems to have found a group that, from the get-go, is capable of the broader purview his recordings have always shown, but each in more specific, individualistic ways. Here, Stańko’s quartet is capable of moving from effortless demonstrations of purer freedom (“Faces”), fiery swing (“Asssassins”) and indigo balladry (“Metafizyka”) to rubato tone poems (“Song for H”), episodic raptures (“Tutaj—Here”) and pensive melancholy (“A Shaggy Vandal”). Two versions of the title track move from unfettered elegance (“Wislawa”) to incendiary displays of power that are virtuosic without ever resorting to self-congratulatory pyrotechnics (“Wislawa, var.”). The rewards of this quartet are plenty good enough without relying on the kind of back-patting gymnastics that all-too-often unnecessarily define whether or not a group is succeeding.

Stańko has regularly surrounded himself with a younger generation of top-rate musicians, helping to keep his own, introspective-leaning style, more open. Historically notably among those supporting players was the Lontano (ECM, 2006) group where the trumpeter was backed by the Marcin Wasilewski Trio who went on to substantial success. The New York Quartet has similarly brought out Stańko’s considerable free improvisational skills but to a limited extent.

To say that December Avenue is a ballads project is too simple. Stanko’s music is such a spontaneous process of

discovery, such a dynamic response to tides of emotion, that it is always prone to sudden eruptions, his trumpet flaring across a night sky or scraping like sand. The album is mostly an inward enveloping atmosphere. Sound shadows loom within black silence. Stanko’s compositions are like sighs. He is the most patient improviser in jazz. He withholds every idea until its moment. And for all his haunting minor chords, for all the grit in his trumpet sound, Stanko is first a melodist. Pieces like “Cloud” and “Blue Cloud” and “Bright Moon” are smears of provisional lyricism. They are pure essences of song that Stanko flows from, and modifies, and returns to, and finally keeps.

Stańko has been long been regarded for his ability to cover a wide range of emotions with his instrument and he can make the trumpet speak in tongues when he wishes to do so. But the avant-garde Stańko of circa Bluish (Power Bros., 1991) has long since been supplanted by the lyrically sophisticated minimalist of recent years. That mind-set works well in making his more visionary arrangements pop in the context of an entire album. December Avenue is strikingly balanced and tastefully performed by this well synergized quartet. ( KARL ACKERMANN April 2, 2017)

One thought on “The Tomasz Stanko Quartets : Polish and New York” 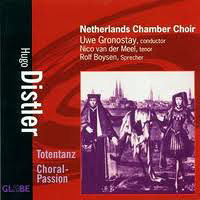 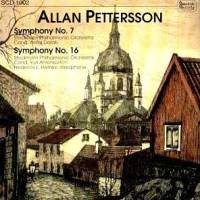 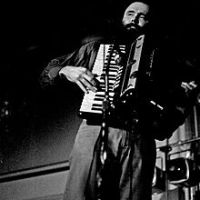