Mandolin Orange has produced five albums of Marlin’s original works. Their music draws from the well of both old and new, offering up a mix of bluegrass, folk, and country, that invokes the earthy timelessness of Gillian Welch and David Rawlings, the sweet unpredictability of Nickel Creek, and the rich, gothic Americana of the Civil Wars.

Their music is characterized by strong, tight vocal harmonies and virtuosic musicianship. 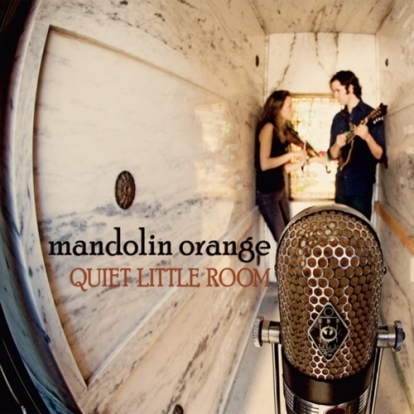 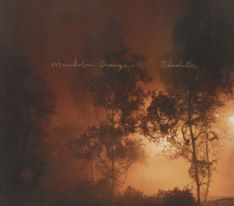 “Mandolin Orange has been quietly gathering local and faraway fans since its debut album was released back in 2010. The North Carolina duo’s music — laced with bluegrass, country and folk — is often wistful and contemplative without being somber, and always firmly grounded in the South.” – WNYC Soundcheck

They signed to Yep Roc Records in 2013 and have produced three albums under their umbrella, This Side Of Jordan, Such Jubilee and Blindfaller. 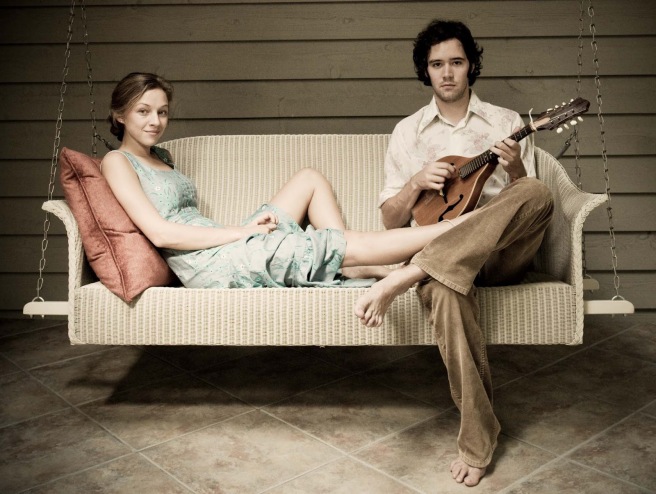 “We talked about the feel of each song and pointed out loosely who was going to be taking solos, but it was mostly a lot of fresh takes, a lot of eye contact, and a lot of nods and weird winks,” says Andrew Marlin. 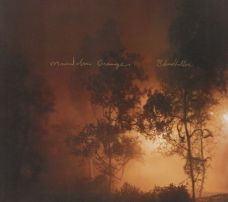 Released Sept. 30, 2016 on Yep Roc Records, Blindfaller builds on the acclaim of Mandolin Orange’s breakthrough debut on the label, 2013’s This Side of Jordan, and its follow-up, 2015’s Such Jubilee.

These songs don’t beg for your affection; they let you come to them. Marlin is as likely to bend his notes down at the end of a line as up. Tunes are as likely to fade as crescendo. Each line and instrument is given room to breathe. It feels, like very few things in pop culture these days, timeless.

A few months ago Mondolin Orange went up to Spotify HQ in New York and recorded versions of “Echo” and Gregory Alan Isakov’s “Amsterdam.” Available for streaming on Spotify.