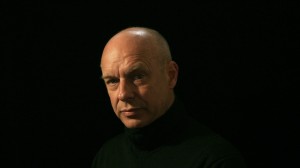 It was English musician, sound designer and conceptualist Brian Eno who first officially coined the phrase “ambient music”. In the sleeve notes to his 1978 opus Ambient 1: Music For Airports he defines it as music “designed to induce calm and space to think”.  Eno’s concept of “ambience” is music that can be either actively listened to or used as background, depending on whether the listener chooses to pay attention or not.[i]

However, the antecedents of ambient music can be traced much farther back than 1978.

Elements of ambient music often include the following:

Background music existed long before recent times.  Tafelmusik (German: literally, “table-music”) is a term used since the mid-16th century for music played at feasts and banquets. Often the term was also used as a title for collections of music, some of which was intended to be so used.[ii] 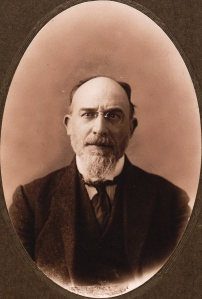 But there is evidence that in the latter half of the 19th Century it was the development of music without form or functional harmony that eventually led closer to the idea Brian Eno articulated.  In fact, the idea of “music to be ignored” was first articulated by Erik Satie, who wrote what he called “furniture music” (musique d’ameublement).   This was music which had no set form and sections could be re-arranged as a performer or conductor wished, much like furniture in a room, and to act as part of the ambiance or furnishings.

Here’s a description from program notes of the intermission music written to be performed at the Max Jacob’s play Ruﬃan toujours, truand jamais:

“… ‘We are presenting today for the first time a creation of Messieurs Erik Satie and Darius Milhaud, directed by M. Delgrange, the musique d’ameublement which will be played during the intermissions. We urge you to take no notice of it and to behave during the intervals as if it did not exist.’”[iii]

A looped quality was part of the music, the sections could be played over and over for as long as needed for the intermission.  But it was another work by Satie that more closely resembles what we think of as ambient music, Vexations.

Apparently conceived for keyboard (though the single page of manuscript does not specify an instrument), Vexations consists of a short theme in the bass whose four presentations are heard alternatively unaccompanied and played with chords above. The theme and its accompanying chords are written using strikingly eccentric and impractical enharmonic notation. The piece is undated, but scholars usually assign a date around 1893 on the basis of musical and biographical evidence.

The piece bears the inscription “In order to play the theme 840 times in succession, it would be advisable to prepare oneself beforehand, and in the deepest silence, by serious immobilities” (Pour se jouer 840 fois de suite ce motif, il sera bon de se préparer au préalable, et dans le plus grand silence, par des immobilités sérieuses). From the 1960s onward, this text has mostly been interpreted as an instruction that the page of music should be played 840 times.[iv]

On September 9, 1963 John Cage organized the first public concert of Vexations performed by a group of pianists until all 840 repetitions were complete, lasting over 18 hours.  This concert is when I think ambient music was born.

If one were to attempt to capture the entire history of music in a few sentences, I might suggest that music began as simple melody, slowly progressing to simple harmonies, culminating in the tonal system of functional harmonies.  By functional harmonies, what I mean is the kind of system where dissonance is resolved into consonance.  The tonal system established a foundation for music and was how composers worked for over 300 years.  But after reaching an apogee in the 18th century the tonal system began to drift until by the 20th century “atonal” music became the predominant method in which a composer would write music.  However, much music continued to be organized according to the principles of tonal music, especially popular music, right up until today.  But during the middle of the 20th century, many composers began working with sound (for sound’s sake) and writing music which was formless and primarily interested in texture and color.

It was during the latter half of the 19th century that composers began to stretch the limits of the tonal system, pushing the envelope of what could be interpreted as a consonance or dissonance.  Harmonies began to be treated relatively, with some (e.g. sevenths and seconds) which had been exclusively heard as dissonant began to be treated as consonances.  This eventually led to the complete abandonment of the idea of “functional harmony”.

Composers such as Claude Debussy and Maurice Ravel would string together a series of harmonies that did not function as tonal harmonies had done historically; they were more interested in establishing a mood from the color of the sound.

Another style that could be seen as a precursor for ambient music was the Futurism style started by Filippo Tommaso Marinetti in 1911 with his three manifestos, Manifesto of Futurist Musicians (1910), the Technical Manifesto of Futurist Music (1911) and The Destruction of Quadrature (Distruzione della quadratura), (1912).  The most pertinent principle of Futuristic music regarding ambient music was their idea of the “liberation from the past and from “well-made” music”. 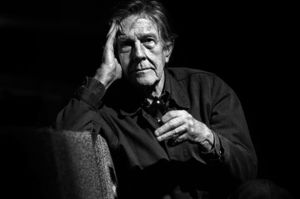 But in my opinion the most important antecedent to ambient music is the music and ideas of John Cage.  It is no coincidence that John Cage also found Erik Satie’s surrealist ideas engaging, specifically Satie’s furniture music.  Cage’s music was focused on highlighting the environmental sounds around us, to shift the audience from thinking that music could only come  from the stage, by a performer.  Cage also used chance and non-western music as inspiration.  Indian Classical music often includes drones as part of the music, the Indian tanpura (or tambura, tanpuri) is an instrument precisely designed to produce drones.

Also, Cage’s music was conceived of without time constraints, another hallmark of ambient music.  One of his works, Organ²/ASLSP (As SLow aS Possible) is a composition in which Cage opted to omit the detail of exactly how slowly the piece should be played.  A performance of the organ version began in 2001 is scheduled to have a duration of 639 years, ending in 2640.

Morton Feldman was arguably the most important colleague of John Cage.  Feldman’s music is one which seems the closest to what someone like Brian Eno does when he records ambient music.  Feldman’s music develops slowly, and involves the repetition of tones, and often instrumental textures, and can be described as inducing a meditative state.

Cage and Feldman were working from the 1950s through the 1980s, and Brian Eno’s first ambient music was released in 1978.  Minimalist composers Philip Glass, Terry Riley and Steve Reich – all whose music exhibits traits that can be identified with ambient music – followed in the 1980s.

Since Eno’s recording, Ambient 1: Music For Airports there have been many recordings done which express this style.  Entire genres and sub-genres have been created, e.g. new age,  spacerock, chillout, trance, dub, drone and so on.  Artists as diverse as Alvin Lucier, Taylor Deupree, and Phill Niblock continue to create ambient music.

One thought on “Antecedents of Ambient Music” 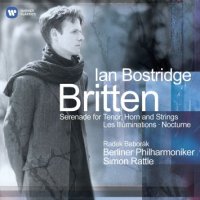 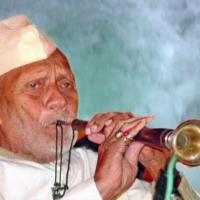 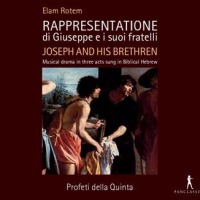